Ashridge House is a splendid early 19th-century stately home which sits in 5,000 acres (20 km2) of woodland and common land just north of Berkhamsted. For several hundred years, Ashridge was the family seat of the Egertons. From 1783 until 1849, it was the home of Charlotte Catherine Anne, Countess of Bridgewater, who donated the land for the foundation of Rectory Lane Cemetery in 1842.

Charlotte Catherine Anne married John William Egerton in 1783. In 1803 he was elevated to the position of 7th Earl of Bridgewater and inherited Ashridge. After Lord Bridgewater’s death in 1823, his widow Charlotte began to take a great interest in the welfare of the people of nearby the towns and villages, setting up benevolent funds for the poor, promoting the education of local children, and supporting the Parish of Great Berkhamsted – including the foundation of a new burial ground.

Although Ashridge House dates from the early 19th century, the land has a much longer history. In medieval times, Ashridge was the location of a monastery, Ashridge Priory, founded in 1283 by Edmund, 2nd Earl of Cornwall, who also had a palace here. In the 1530s, the priory was surrendered to the Crown during the Dissolution of the Monasteries under King Henry VIII. Later, during the reign of Elizabeth I, the priory church was demolished

The building we see today dates from 1814 and is one of the finest examples of early Gothic Revival architecture. It was originally designed by the architect James Wyatt for John Egerton and Charlotte Catherine Anne, although Wyatt died during the construction work, and the building was completed by his nephew Jeffry Wyatt (later known as Sir Jeffry Wyatville). Built of Totternhoe stone, Ashridge House is noted for its fine castellated parapets and turrets, its large, richly decorated staircase hall, and a fine Gothic Revival family chapel.

In 1921, on the death of Adelbert Brownlow-Cust, 3rd Earl Brownlow, the eastate was sold off. The land was acquired by the National Trust, while the house was bought by the Conservative Party to be run as a college. Ashridge College was opened by Stanley Baldwin in 1928, dedicated in memory of the late Prime Minister Bonar Law. During the Second World War, the Ashridge House was requisitioned for use as a hospital for the Charing Cross Hospital. In 1959 Ashridge became a management college,

Today, the Ashridge Estate is still run by the National Trust, and offers an extensive area of publicly accessible woodland, rich in wildlife. Ashridge House is still in use as a business college, operating as a branch of the Hult International Business School. The house is not normally open to the public, although there are fine views of the stately home from the surrounding woodland.

Charlotte Catherine Anne, who died in 1849, was not buried in Rectory Lane Cemetery, but her tomb can be seen today in Little Gaddesden Church near Ashridge.

What's connected with this location

1 burial in Rectory Lane Cemetery is linked with Ashridge House — click on a burial below to find out more about the historical connections: 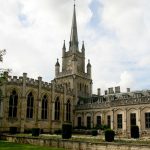 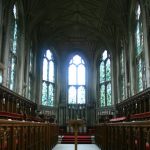 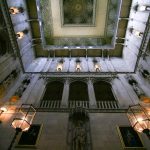 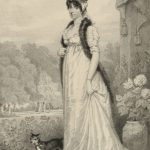 Rectory Lane Cemetery remains closed to the public during renovation work. However, due to the Coronavirus/COVID-19 situation, we have cancelled a number of events planned for this year. We will keep everyone informed of any changes in the coming months through our Facebook page. Thank you to everyone for your continued support for this project.